In a land far, far away there once lived a little girl called Goldilocks.

Now Goldilocks lived in an apartment full of defects and every time it rained, water used to come in from the balcony until one day Goldilocks finally contracted a dust disease from inhaling mould spores.When coming back from the hospital and a double lung transplant, Goldilocks decided to take a short cut through the forest to get home quickly.

Many people believed that the forest was a foreboding and dangerous place, but Goldilocks knew that this was an irrational fear based on cultural paradigms instilled by a patriarchal society that regarded the natural world as an exploitable resource, and hence believed that natural predators were in fact intolerable competitors.  Other people avoided the woods for fear of thieves and deviants, but Goldilocks felt that in a truly classless society all marginalised peoples would be able to “come out” of the woods and be accepted as valid lifestyle role models.

She sat down and tested the bowl entitled ‘NSW rectification order’ and exclaimed ‘This one is far too weak!’  She then tasted the Queensland direction to rectify and exclaimed ‘The cook didn’t follow the recipe!’  She then came to the last bowl labelled ‘ACT rectification order’, tasted it and said ‘This is just right although I think it would have been slow to make.’

If you were the Victorian minister in charge of implementing a new regime of rectification orders for Victoria (which has not had any rectifications orders except against plumbers for defective plumbing work), what would be the moral of the story?

We are expert cooks on rectification orders.  If you want one whipped up, ring us now. Here’s one we made earlier …

In the 12th episode of Kenneth Clark’s epic television series Civilisation, Clark argues that the French Revolution led to the dictatorship of Napoleon and the dreary bureaucracies of the 19th century.

It would seem that in 21st century Queensland, dreary bureaucracies are alive and well. Some might even say thriving. I know this from personal experience.

Having made extensive and considered submissions to the QBCC for the issue of a direction to rectify building defects which were designed to make the exercise of QBCC’s discretion easier, I was stunned to learn that the only response QBCC had was that I had not filled in the proper form. When I pointed out that such a form might be an adequate way of dealing with a defective driveway but was in no way appropriate for extensive and complex defects in a large body corporate, it was as if I was talking to a brick wall. Knowing that resistance was futile, I obediently filled in the correct form.

Notwithstanding my multiple references to two complaints in previous telephone conversations with the QBCC, when I followed up on progress on this particular complaint, there was no acknowledgement of the existence of such a complaint but rather, I was informed that a different form was required for this complaint.

It then became abundantly clear that the QBCC’s ability to read is restricted to only words appearing on forms produced by the QBCC.

This extraordinary and unhealthy obsession with process brought to mind a description of the fictional alien race from the Hitchhiker’s Guide to the Galaxy known as Vogons, one of the most unpleasant races in the Galaxy:

“Not actually evil, but bad-tempered, bureaucratic, officious and callous. They wouldn’t even lift a finger to save their own groundmothers from the Ravenous Bugblatter Beast of Traal without orders – signed in triplicate, sent in, sent back, queried, lost, found, subjected to public enquiry, lost again, and finally buried in soft peat for three months and recycled as firelighters.”

And who you gonna call?

People often ask me how I survive the bitter cut and thrust of office politics and still have time to put out my blog. To tell the truth, there’s not a lot of action around the TEYS Lawyers water cooler. That’s mainly because we don’t have one.

However, as in every workplace, there can be subtle and hidden tensions. For example, one thing on which Michael Teys and I do not see eye to eye is the imminence of the Zombie Apocalypse. We tiptoe around the topic but I intuit that he believes that it is not very realistic and it’s just not gonna happen, ever, period.

I suppose Victorians probably thought the possibility of systemic corruption in the system of builder registration was the same – it is not very realistic and it just doesn’t happen, ever, period.

However, just over a year ago, Melbournians awoke to the following headline on the front page of The Age: “Warning on thousands of buildings”.

The ruckus arose from a report by the Victorian Ombudsman being tabled in the Victorian Parliament which found, amongst other things, that builders who had failed competency assessments were granted registration and others were approved despite not having sat any tests at all. There was also evidence of an “industry” where third parties would illegally complete required paperwork on behalf of applicants in return for a fee.

The Ombudsman called for an investigation into all building registrations approved by a former long-serving Builders Practitioners Board registrar, Mr Peter Brilliant, who personally approved hundreds – possibly thousands – of licences between 1998 and 2012. Ah yes, just what Victorian apartment owners needed, a joker in the pack of allied building professionals.

It is now late February 2014 and the apartment owners of Victoria are not any closer to knowing if their apartment block was built by a builder who shouldn’t have been licensed. The question is, how long will this investigation take? I suspect it will only be complete after the next state election which is due this year.

As Bernard Woolley remarked in Yes, Minister “Two kinds of government correspond with the two kinds of minister: one sort folds up instantly and the other sort goes round and round in circles.”

The history of NSW is littered with examples of governance which is anything but world class.

Beginning with The New South Wales Corps (aka The Rum Corps) which was formed in England in 1789 as a body of troops who were to look after law enforcement in New South Wales. As the young colony was short of coins, rum soon became the medium of trade. The Rum Corps earned its moniker by being able to use their position and wealth to buy all the imported rum and then exchange it for goods and labour at very favourable rates.

Such problems with governance have regularly surfaced in New South Wales over the years. The aftermath of the Wood Royal Commission into the NSW Police Service, for example, meant that the NSW Police were no longer the best money could buy.

But what of the development industry? Surely that’s different?

Following Gong Gate, from 2010 property developers were banned from making political donations in NSW. However, this didn’t stop cheques being written at a Liberal Party fundraiser in April 2012.

And for those of you in other states sniggering and saying well, what else would you expect in NSW, you may find you have the same problems …

I think it was PJ O’Rourke who coined the term “Flak Catcher” in his scathing analysis of liberal politics, “Radical Chic and Mau-Mauing the Flak Catchers”.

Last week in Canberra I witnessed a tremendous display of Flak Catching by Vanessa Morris, ACTPLA officer and author of a discussion paper released by the ACT Government on the “Regulation of design and inspection practitioners in the construction industry”.

Ms Morris displayed heroic patience and fortitude in fronting up before scores of angry apartment owners and for the best part of one and one half hours took hostile questions all  of which could be summarised by one question, “How is it that my apartment has defects?”

The ACT Government, which is more pro-consumer than most, has for some years now been mulling over what reforms it should introduce to address building defects in the ACT. We were told that the ACT Government was still addressing the regulation of licensees such as builders and building certifiers but wanted to expand its oversight to include design professionals such as engineers and architects.

If ever there was an opportunity for the expansion of government power, this is it. Since the drought broke in that part of Australia, ACT residents have been screaming about building defects and it is an issue which is probably higher in the public consciousness than elsewhere in the country.

The question however remains, in circumstances where the heart of the cause of building defects lies with builders and building certifiers, does this discussion paper represent an opportunity to reform the regulation of design professionals or is it simply a grab for power?

And as PJ O’Rourke once said, “A little government and a little luck are necessary in life, but only a fool trusts either of them”.

James Madison, the fourth president of the United States of America, once said “If men were angels, no government would be necessary”. Men of course are not angels and nor are private building certifiers.

With the delegation of traditional governmental functions to private building certifiers, it has more than occasionally become quite difficult to answer a question as simple as “Who built this apartment block?”

The local government authority does not know and refers the enquirer to the responsible certifier. When approached, the certifier then says, “I’ll need to get the permission of [INSERT NAME OF BUILDER/DEVELOPER/PRIMATE], who engaged me to do this work, to give you this information”.

This simply and dramatically reveals how certifiers perceive their role and to whom they owe a duty and is of course extraordinary given the obligation of the certifier to act independently.

This is a small but telling example of how the private certification system does not result in the proper oversight of building standards. Surely, at the very least, local government authorities should be aware of what builders are completing work in their areas. 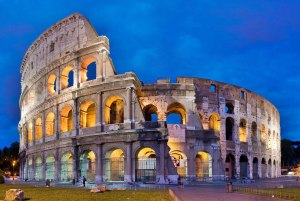 Building Defects have been around longer than Shakespeare or the Romans.

It was actually Hammurabi who was the sixth king of Babylon (modern day Iraq) from 1728 BC – 1686 BC who established the set of laws called Hammurabi’s Code, one of the first written codes of law in recorded history. These laws were inscribed on stone tablets standing over eight feet tall (2.4 meters). Two of my favourites from the Code are set out below:

229.     If a builder builds a house for a man and does not make its construction firm, and the house which he has built collapses and causes the death of the owner of the house, that builder shall be put to death.

230.     If it causes the death of a son of the owner of the house, they shall put to death a son of that builder.

Following in Hammurabi’s footsteps, the Roman Emperor Nero used the devastation of the great fire of Rome in 64AD to change much of Rome and institute new building codes throughout the city.

After the Great London Fire of 1666AD, the English Parliament laboured for 2 years over the writing of the “London Building Act”. However, in the two years after the fire, much of London was rebuilt using the same poor practices.

So the question is, if man has not been able to get building codes right in the last 4,000 years, is  it likely he is going to get them right today?